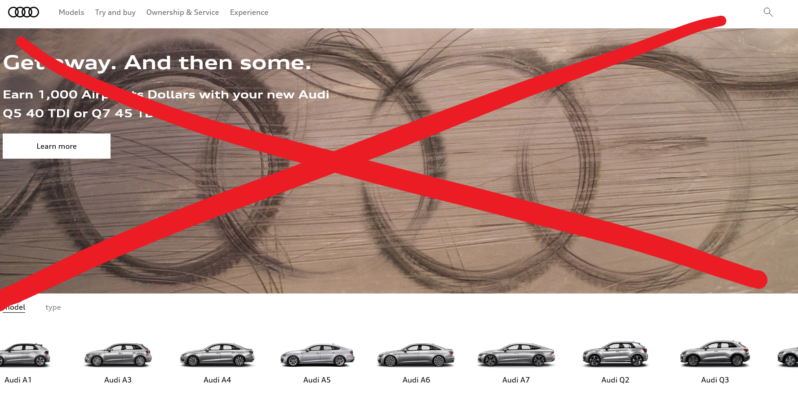 Audi New Zealand has pulled adverts showing their logo carved in the sand of wild beaches, as if drawn by driving donuts, after a complaint by GoodSense ethical marketing.

The ads had run on the Stuff website and on the Audi New Zealand website in early December and were the focus of a significant campaign to incentivise SUV sales at the start of summer.

“These ads were part of a major campaign, featuring expensive photography, by a global brand,” says GoodSense MD Kath Dewar.  “We’re pleased Audi pulled them but the damage was already done – Kiwis saw a supposedly reputable brand advocating dangerous driving and environmental harm to the beaches we all love.  It’s a poor look for Audi, encouraged activity the police condemn and showed a careless attitude to nature.”

The ads ran right at the time when New Zealanders were starting to visit beaches in greater numbers and when birds like endangered NZ dotterels/ turituriwhatu, who nest on beaches, are raising tiny chicks at their most vulnerable.

“It’s hard to believe a brand like Audi, with significant marketing and ad agency resources, could get something so basic so doubly wrong”, says Dewar. “We complained because advertisers need to take responsibility and do better. We’ve only got 2,000 dotterels left.”

Advertisers in New Zealand are responsible for ensuring their ads comply with Commerce Commission rules and adhere to the industry’s voluntary Code, operated by the Advertising Standards Authority.  Because the ads were removed, the Advertising Standards Authority has deemed the complaint settled. GoodSense would like to see Audi make a donation to Forest & Bird in apology for advocating driving on beaches in a way that could easily squash dotterel eggs or chicks or scare parents from the nest. 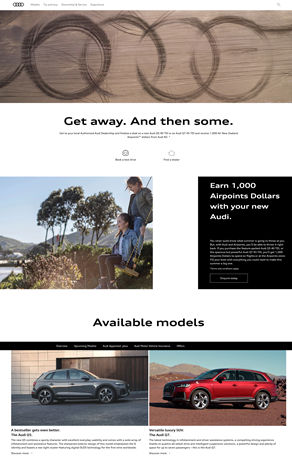 “I imagine they sold some SUVs this summer so a portion of the profit from that could go a long way when volunteers in communities are working hard to save these birds,” Dewar suggests.

Full details of the complaint and the review process are online here.

The Advertising Standards Code is online here. Watch the vid to see our founder and MD talk about the campaign and why it was pulled >