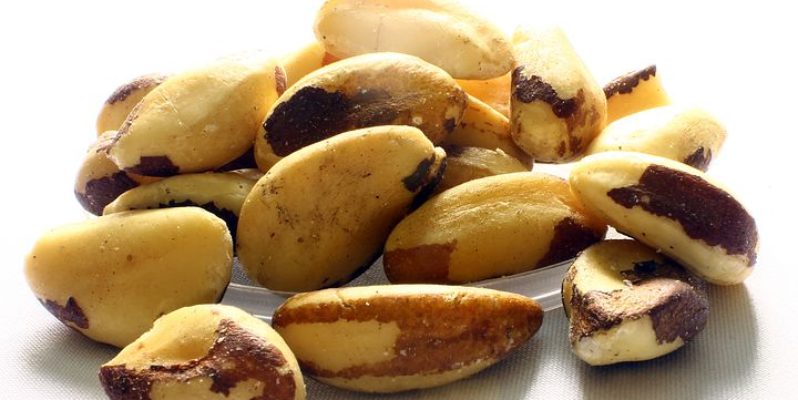 We have a tendency as humans to admire heroes – the triumph of the individual. But solo achievement is rare and maybe over-emphasised.  Much that is of value takes a team to create; different individuals and skills combine to create the outcome.

A collective outcome is generally richer than had it been the product of solo effort or imagination. Sometimes the result would be impossible without diverse contributors; the synergy they bring – the sum of the whole adding up to more than the individual contributions.

One of our favourite tales of something made through diverse contributions and synergy is that of the brazil nut.

The orchid, the bee, the agouti and the tree

The brazil nut kernels we eat grow in clusters; their individual wrinkly shells forming inside a large, hard outer husk. When ripe, the husks drop to the ground with a thud. They are falling from 30 to 50m high in the rainforest canopy.  If they don’t get collected for shipping to a supermarket near you they might get eaten by a rainforest creature.  About the only creature with a jaw strong enough to crack the big, hard outer husk and reach the nuts is a rodent called an agouti.  Agoutis like to eat brazil nuts, but sometimes they will bury extras for later.  And sometimes these buried nuts will get forgotten.

Abandoned in the rainforest floor the nuts will sprout into new brazil nut trees, forest giants that will in time, soar through the canopy and flower in their turn.

Brazil nut flowers only bloom for one day and have a large, heavy head.  They can only be pollinated by the female of a particular giant bee species. Only these bees are strong enough and have a tongue sufficiently large to reach the nectar of the flower before it fades.  These bees only live and breed in the undisturbed rainforest because the male of the species needs to be perfumed by his pollination of a specific rainforest orchid if he is to attract a mate.

The male bee needs the orchid; his orchid perfume means he gets to breed and there are female bees to pollinate the brazil nut flowers. No pollination, no nuts to ripen and fall to foraging, forgetful agouti.

The orchid, the bee, the agouti and the tree itself all play a part in making a brazil nut.  Each contributes through a synergistic process evolved over millennia.  If you take the trees from the rainforest, or if the rainforest orchids, bees, and agouti get disturbed, you don’t get brazil nuts.

The power of collaboration

The orchid, the bee, the agouti and the tree don’t know, as far as we can tell, that they are collaborating. But we’ve learned, at GoodSense, that collaboration gets similarly powerful outcomes.

That’s why we use proven ways of collaborating in everything we do.  Read more.

Read more about our approach to collaboration.

See the detail on some of our workshop-based services for clients.