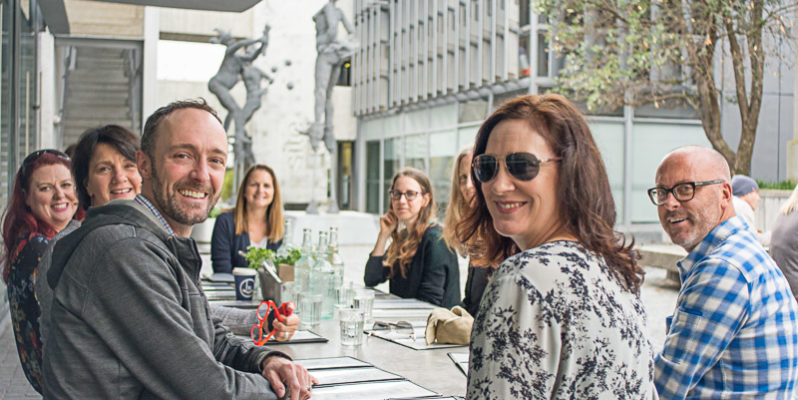 Above: Eating the talk – GoodSense team vegan lunch at Rabbit

We are very proud to be one of 200 signatories on the open letter delivered by WWF-New Zealand and Generation Zero to New Zealand climate minister James Shaw on Wednesday 6 June at 9.00am.

“The signatories pledge to keep “rising to the challenge” of moving to a clean energy future, and offer their support to government in building the “architecture for a fair, equitable, just transition to a safe climate future for all New Zealanders”, like the Zero Carbon Act.”

“Two years ago, we delivered another open letter on climate change to the previous climate minister, Paula Bennett. It was signed by 65 businesses, community groups, and influential Kiwis. We’re blown away to have more than three times as many signing on this time. That shows just how passionate we have become in this country about this critical issue.”

GoodSense signed both the 2016 and 2018 letters and we are proud to have nine organisations we’ve worked for recently as fellow signatories this time, so a huge tautoko to Angel Food, Little Bird Organics, Fairground, TetraMap, Green Cabs, ThankYou Payroll, Rise Financial, the Sustainable Business Network and Blueskin Resiliant Communities Trust. Together we are building a kinder, greener Aotearoa.

As WWF says,”Kath Dewar, managing director of GoodSense said “We signed to say ‘Kia kaha on climate action’. It’s time to Act!  As customers we love climate action – and as citizens we need it. Now.”